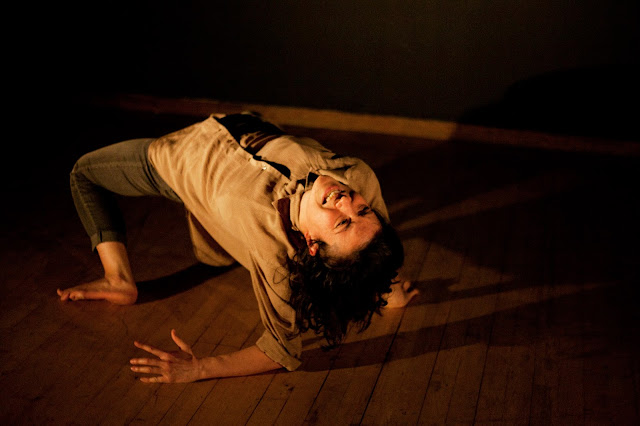 I've just spent about three days alone and it has been bliss. My partner is out of the country and we've only been chatting by text. In fact, until I went to have a cup of tea at a nearby friend's house this afternoon, I'd not actually heard the sound of my own voice properly since Thursday evening (it's Sunday). I was thinking about going out on Saturday night, joining some friends to go dancing, but in the end I stayed in and sat with my thoughts and read articles on Autostraddle instead. I've also done yoga in the dining room, baked bread, watched four episodes of The Night Manager, read a whole Margaret Atwood novel (The Heart Goes Last), slept and eaten a lot.

It makes sense, I suppose, as a week ago I finished performances of Worse Things Happen, my solo show about depression; the process and performances were an undertaking to be open, to reveal myself, to be honest. That's what I wanted to do, and I don't mind doing it, but what's an introvert to do when it's all over? I had to go straight into a few days' work on other projects, including a trip to London and back, and then, I thought, I'll take a day off - I'll have a duvet day. Well, that turned into another, and then another, and I've been mildly assessing myself throughout, wondering if I was in a post-show comedown, trying to be alert to my own needs. But I'm not down. I feel good. I'm just tired - I've still got bruises from the show, a sore shoulder and a twitch in my left eye. I needed time to think.

That's all this is, really: a reflection. I've been thinking for weeks (no, months and months) about this show, and I will continue to think about it as I plan its future. I said early in the process that part of my reason in making a show about my depression was to clear space inside me for other stories. These past few days I've felt... well, I've felt empty-but-not-empty. Filled with smoke, new ideas shifting like tendrils inside me, barely present enough to be called ideas. But I've also been thinking around the show I've just made - about what I need to do to make performing this piece viable - indeed, what I need to do to make creating similar work in the future viable. Self-care feels almost like a cliched term, but I don't think I can dismiss it when it's increasingly clear to me that I barely know how to practise it. It's possibly as big a project as creating a performance piece. Definitely as mysterious.

Worse Things Happen was supported by: