Today's challenge:
1. Dance to this song, “Moloko, Forevermore” - and turn up the volume.
2. Give yourself 5 minutes to write about, or to someone you have difficulty speaking to, or no longer speak to, but wish you could. Try to write continuously for these 5 minutes - you could set yourself a timer so you know when to stop.

3. Take your camera or smart phone and outside and find a spot to stand. Turn one slow steady full circle on the spot and film what you see. Don’t rush it, take your time. Imagine that you have never seen what you are filming before.

"the letter I'm not going to send you" 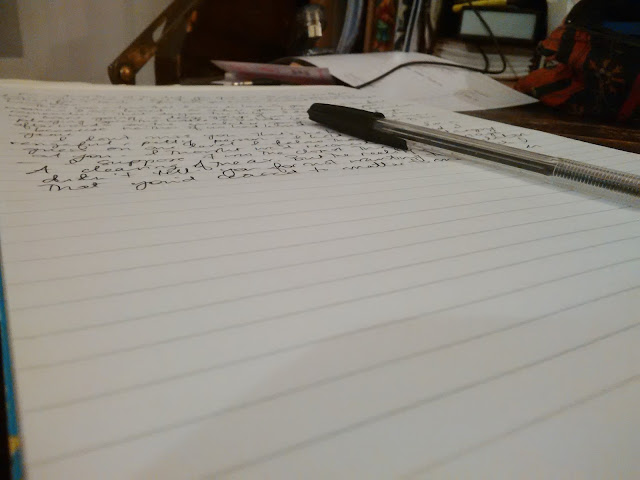 This challenge made a little bit sad. On reflection, it's a sadness not of wishing that past events had gone differently, but from realising that I would have to be a different person entirely for that to have been the case. I think my loss wasn't really a loss - it was a choice, a giving up.
Posted by cat at 20:17 No comments:

Today's challenge: Celebrate small beginnings and make something that fits in the palm of your hand - use only the materials available in your immediate environment.


Because my outlook has been bleak, and the world is still terrifying and rage-inducing, but the Women's March felt like a positive step. 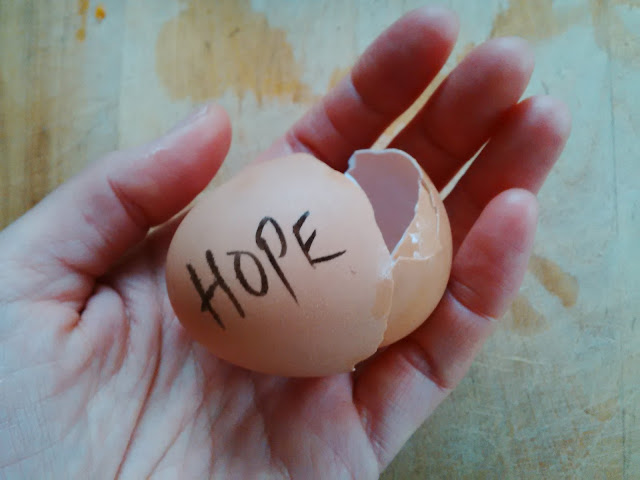 Today's challenge: Create a recipe for happiness. Write down what the ingredients are, what the method is, how long it takes to cook. Think about what needs to go in it. How would it look when it came out?

My current recipe for happiness is pretty simple - it's all about getting cozy.

optional garnish of partner if they are about.

Place first ingredient at safe distance. Lie on second ingredient and pile third ingredient on top of self. If necessary, make space for garnish. 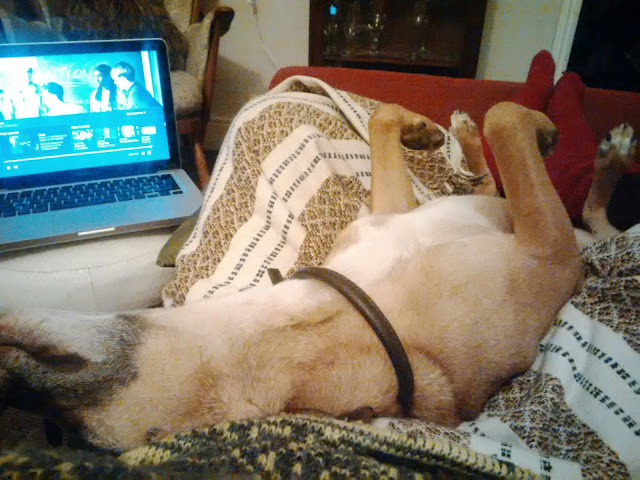 Today's challenge: Make a self-portrait with a difference. Create a collage which shows up to 5 of your best qualities. Things you like about yourself. This could be physical attributes or just things you're good at or stuff you're proud of yourself for. You can make the collage by drawing, with photos or using scraps from magazines or newspapers. Don't think too hard about it, and try not to be shy. We are all brilliant. Tell us why.

I think I found the idea of this one so hard that I tried to ignore it... But here it is, a photo collage of five excellent things about me:
- I am an excellent cook; this is a pumpkin pie I made yesterday & it is half gone already.
- I have good hands. I like my hands.
- I've managed to keep this house plant alive since 2008.
- I've remembered to buy Chinese new year cards early enough that my family will get them in time.
- I've made a solo theatre show. 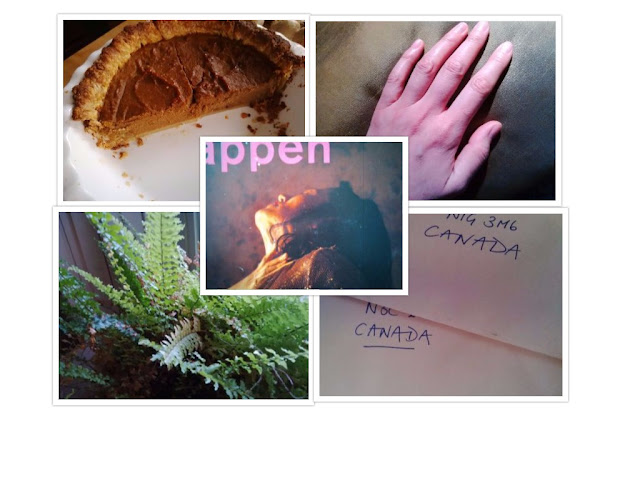 I'm catching up a few days' worth of challenges. This is one from a couple of days ago, that I completed last night online with a friend in Toronto.

Today's challenge: Collectively write a story. Take it in turns to write a line, and respond to the line before yours. Be inspired by others' thoughts and allow your creativity to shine through.


"People learn, under proper conditions, not only to accept but to seek responsibility".

The mantra for the day piped cheerily from the interface by her bed, interrupting a dream about long, dark corridors. She wiped the sleep from her eyes as she stretched her arms, and then swung her feet to the concrete floor, careful to avoid banging her head as she sat up. None of her cellmates was stirring, their interfaces grey and silent, but the oddity of that was eclipsed by the sight of the open door.

She cautiously approached the door and looked outside. None of the other doors were open, and she saw no sign of a Monitor: was this her chance? She glanced at the security door down the corridor to her right and as she did so, it clicked audibly and slid open. As quickly and quietly as she could, she exited the cell and headed for the security door, tilting her head forward so her hair obscured her face.

To her surprise, it didn't lead to another corridor, but instead directly onto the flight deck. She grabbed and flight suit from a nearby hook and scanned the area: her own ship had been destroyed in the battle, but maybe there was another one she'd recognize? A battered but familiar cargo pod caught her eye; it wasn't fast, but it might be small enough not to trigger the shield as she left.

Hearing the unmistakable whirring of a Monitor in passive patrol more, she ducked behind the tail of a pod, and an envelope on the floor caught her eye. Opening it, she found a data card, wrapped in a single sheet of paper printed with one word: GO.

She slipped into the empty pod, flipped the ignition to stealth mode, and slid the data card into the reader. The control panel immediately lit up with a flight path, but her brain struggled to make sense of it: it wanted her to fly directly into the Nowhere. It was risky, for sure, but if it came down to it she'd rather wander the vast emptiness for eternity then spend another month benched in this useless prison: she released the locking mechanism and steered towards the closest bay opening.

Four minutes later, she was clear of the shield and headed to open space; she didn't know how far she'd get, but at least she was commanding her own ship again. As she was shifting into the autopilot mode, she heard a soft scuffling from the back of the pod: was it really empty? She wished she had a weapon as she slowly moved toward the storage hatch that seemed to be the source of the sounds.

Figuring the element of surprise was her strongest tactic, she threw open the hatch and yelled. A second later she was stumbling backwards as something black and feathered burst out of the hatch.

"Emily!" She was astonished: having seen the explosion of Hope's ship, she hadn't thought the raven had survived! The bird settled on the back of her chair and cocked its head at her: it was definitely Emily, albeit a bit worse for wear, but why wasn't she saying anything?

She eased herself back into the chair, never breaking eye-contact with Emily in the mirror; "What do you think: should we head home, or keep going into the Nowhere?"

Emily stared back at her, unblinking, and she suddenly heard the word "Go", spoken this time, but not aloud - an instruction, echoing inside her head.

A chill ran down her spine: Nowhere it is.
Posted by cat at 15:57 No comments: